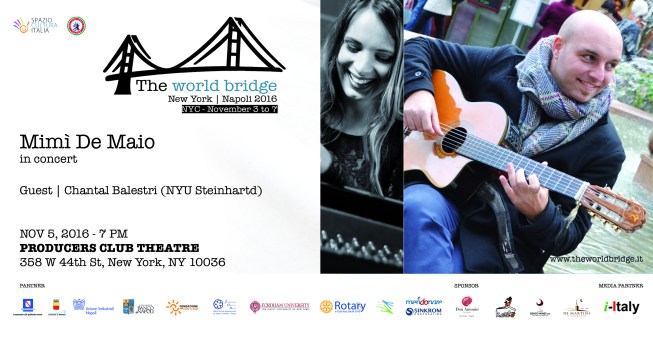 Italian/Swiss pianist Chantal Balestri began playing piano at the age of five. She made her debut at the age of thirteen with the “Città di Chioggia” Symphony Orchestra at the Auditorium “San Nicolò” (Chioggia, Italy). When she was only eighteen, she graduated cum laude in Piano Performance from the L. Boccherini Conservatory of Lucca, where she studied with Giorgio Fazzi. In 2014, she earned an Advanced Diploma at the same Conservatory, working with Carlo Palese, with top marks (cum laude). During the 2012/2013 Academic Year, via the Erasmus exchange program, she studied at the Musikhochschule in Freiburg (Germany) with Gilead Mishory. After earning her second degree, she studied Chamber Music at the renowned Scuola di Musica di Fiesole (Fiesole, Italy) and Piano solo with the teacher and concert pianist Fabio Bidini at the Talent Music School of Verona (Italy). Previously, she has taken courses in piano performance with professor Aquiles Delle Vigne at the Mozarteum University of Salzburg, the University of Orihuela(Spain) and Aveiro (Portugal), and with Konstantin Bogino at the “Santa Cecilia” Academy in Bergamo and at the “AIM” in Rome. She has been selected to perform in masterclasses with famous piano teachers like Paul Badura-Skoda, Benedetto Lupo, Pascal Devoyon, Florian Boffard, Jura Margulis, Bruno Canino, Vincenzo Balzani, Andrei Gavrilov, Piero Rattalino, Oleg Marshev for many Music Festivals, like MusicAlp Festival (Courchevel, France), International Piano Accademy (Freiburg, Germany), Ferrara Piano Festival, Euro Music Festival (Halle, Germany). Since the age of seven, she has won many National and International Competitions and Scholarships, like the Osimo International Piano Competition (won when she was 12). Recently she won the NYU Piano Concerto Competition, which gave her the opportunity to debut as a soloist with orchestra in New York City during the 2016/2017 season.  She often performs with the “Città di Chioggia” Symphony Orchestra and concertizes throughout Europe, at venues including the Sala Piatti (Bergamo), Sala Stradivari (Cremona), Wiener Saal (Salzburg), Kaisersaal der Historisches Kaufhaus (Freiburg), and Auditorium La Loja (Orihuela). Her repertoire includes a wide range of styles, from Baroque to Contemporary music. She has presented the premieres of piano solo and Chamber Music works including Massimo Giuntoli’s “Piano Store” (2014), a work for six pianos commissioned by Yamaha Piano Europe. Her upcoming solo and chamber music recitals will be held in Europe and North America. Currently, Chantal Balestri attends NYU Steinhardt on scholarship as a Masters Student in Piano Performance, studying with Jeffrey Swann. She has also been appointed as an NYU Adjunct Faculty member in Piano Studies and as a Piano Teacher at the prestigious Italian-American School “La Scuola D’Italia” in New York.

We use cookies to ensure that we give you the best experience on our website. If you continue to use this site we will assume that you are happy with it.OkLeggi di più